Well it's the weekend, and the Sun's been shining (some of the time), so as far as British summers go it's turning out to be a flaming June! And what could be nicer on a warm June evening than a summer cocktail and this one's a classic with a twist.

A Classic Bee's Knees is a simple cocktail dating back to the prohibition era in the USA. It has a fresh citrussy flavour, which it's been said, was designed to disguise the poor quality of the Gin available in those days. Don't be put off though, this is a lovely drink and is even enjoyed by non Gin drinkers (though I'm still to be convinced that there are such people!). The flavour is further enhanced by the addition of floral notes from the Lavender and the Honey.

For the Lavender Honey Syrup:

To make the Lavender Honey Syrup place all the ingredients in a small, heavy based saucepan, and bring to a boil whilst stirring to dissolve the honey. Once you reach boiling point, turn down the heat and simmer for a further 5 minutes, being careful not to overheat and burn the sugary mixture. Leave the syrup to infuse with the Lavender for a further 5 minutes before pouring through a fine mesh sieve to take out all the Lavender flowers. Allow to cool fully before using.

To make the cocktail, fill a shaker with ice and add the Gin, Lemon Juice and Lavender Honey Syrup. Shake well and strain into a cocktail glass, for a final flourish garnish with a sprig of Lavender! 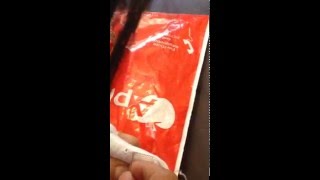